I woke up on Saturday morning and mumbled to Philip, “I’m glad we could sleep in this morning.” It was 6:30 a.m.

Even though we were road tripping across Iowa this past weekend, dancing the night away at a friend’s wedding, reminiscing about childhood memories in my hometown (I hadn’t been back since we got married four years ago!), and touring around Okoboji—one of the biggest tourist towns in Iowa—if you can believe it, it was a much more relaxing weekend than we’ve had the previous three weeks.

That’s because for most of the weekends in June, we took on—what seems like—our annual landscaping project. Every summer since we’ve moved into our house, we’ve taken on some level of landscaping project to slowly transform our yard into something we enjoy spending time in. I think we’re almost there!

I’ll give you a recap:

Two years ago, Philip’s parents graciously donated their time and labor to help us give the front of our house a facelift. That was what started it all and gave the front a huge facelift.

Then, last year my parents came and graciously donated their time and energy to help us plant a few trees in our backyard. They’re already growing in nicely!

Which brings me to this year! We wanted to continue with what we started in the front yard and extend that to the back. In summary, that meant taking out all the rock (did I mention, remove ALL the rock? It was no small feat: It took a good three days of labor between Philip and me), take out the overgrown bushes (easier said than done), plant new plants and trees, put in mulch, and a new brick edging that matches the front.

Thankfully Philip’s parents agreed to make the trip to help us again this year with the agreement that we would take out the rock ahead of time. I’d like to think that was the best Father’s Day gift we could give his dad this year. ;)

We couldn’t have done all the work without them! Not to mention, Philip’s parents had a vision of what our future backyard could look like and put together an awesome sketch beforehand, complete with specific grasses, shrubs, trees, and perennials to help liven up the space. It sure does help having a family in the landscaping business. :) 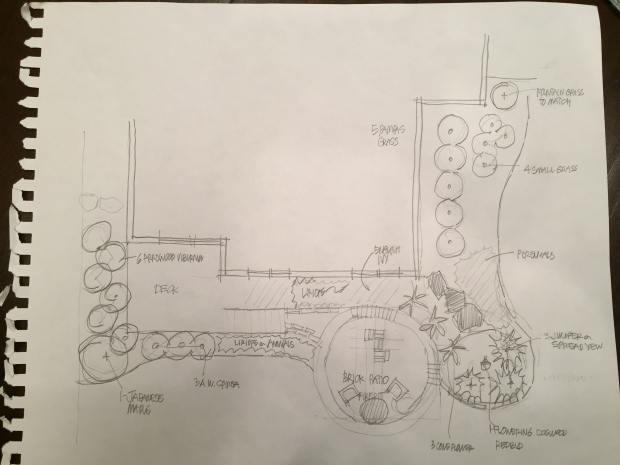 With the rock out, last weekend we got up early and while Philip and his dad were busy working on taking out the 14-year old shrub stumps, removing parts of the sod to reshape the beds, and preparing the trench for the brick edging, Philip’s mom and I started planting, mulching, and the fun part of getting more flowers! Whee! Let’s just say, that first day we put in a lot of sweat equity into that backyard.

We were back at it the following day (albeit a little more tired, sore, and slow) to complete the project. This time, Philip and his dad spent the morning laying the brick (using the skills Philip learned from last time!) and finishing up odds and ends. The ladies continued to plant the flowers we had gotten the previous day and helped where we could with the brick, mulch, and cleaning. Done and done! And then we went out for pizza to celebrate. :) 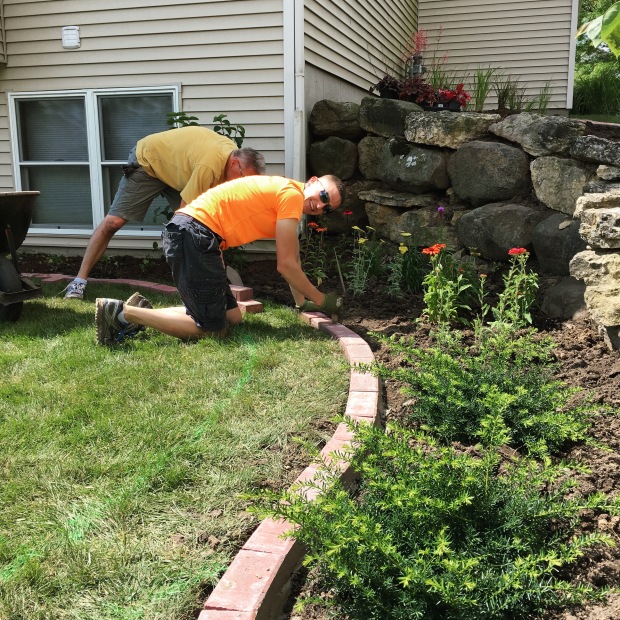 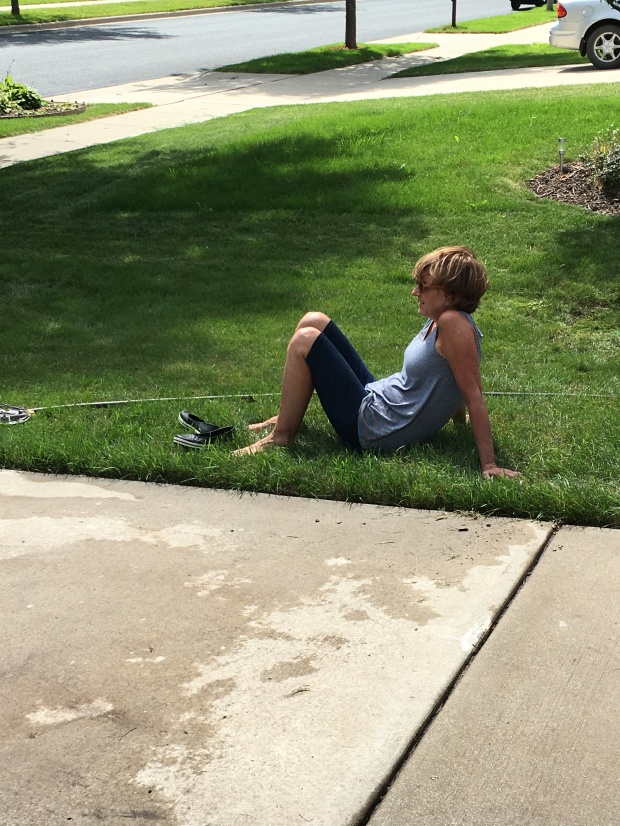 It felt so good to look back and admire the work we had accomplished after several hours of hard work. It already looks so much better and will only continue to improve as the grasses, ivy, and flowers start to grow and fill in a little bit more. 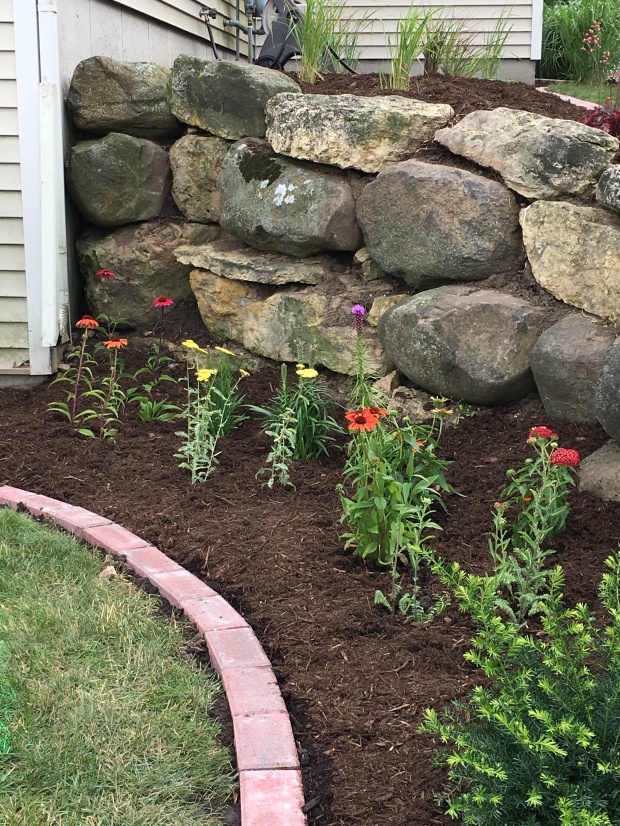 Now, what’s next? Because we can’t just let a good thing be, can we? I think it’s a Hoerr thing. ;) We already have our Landscaping Project of 2018 planned. To finish out the backyard, we’re going to add in a patio (!!). We accounted for it when we reshaped the beds and laid the brick so it’ll practically fall into place next year. ;) (See the green paint line on the grass? That’s our future patio.)

Famous last words, but I think we’re one year away from having our landscaping projects at this house come to a close…I hope. :)

Enjoy the before, after, and everything in between pictures and videos! 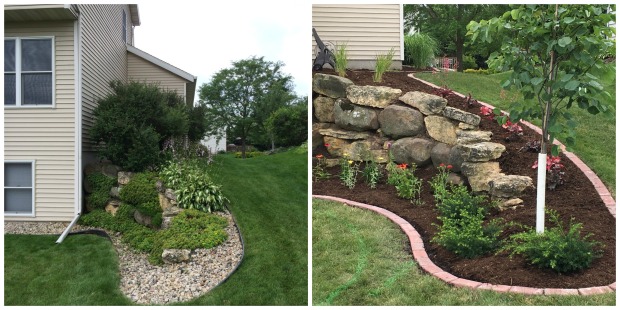 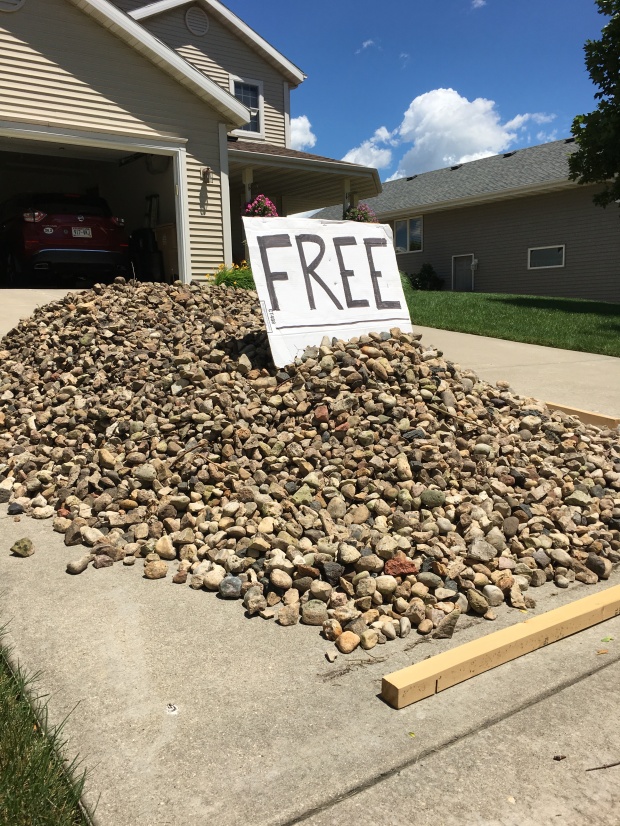 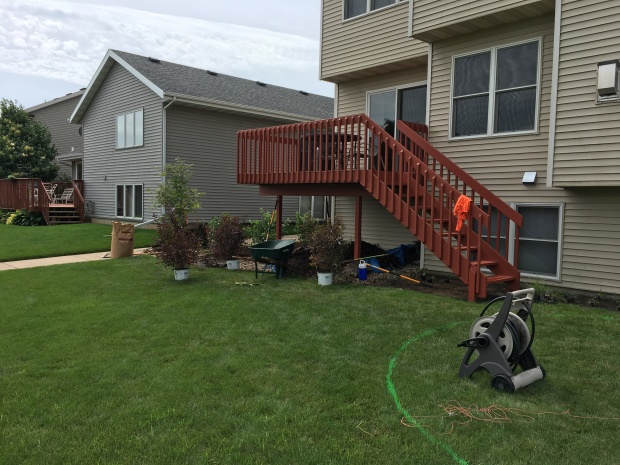 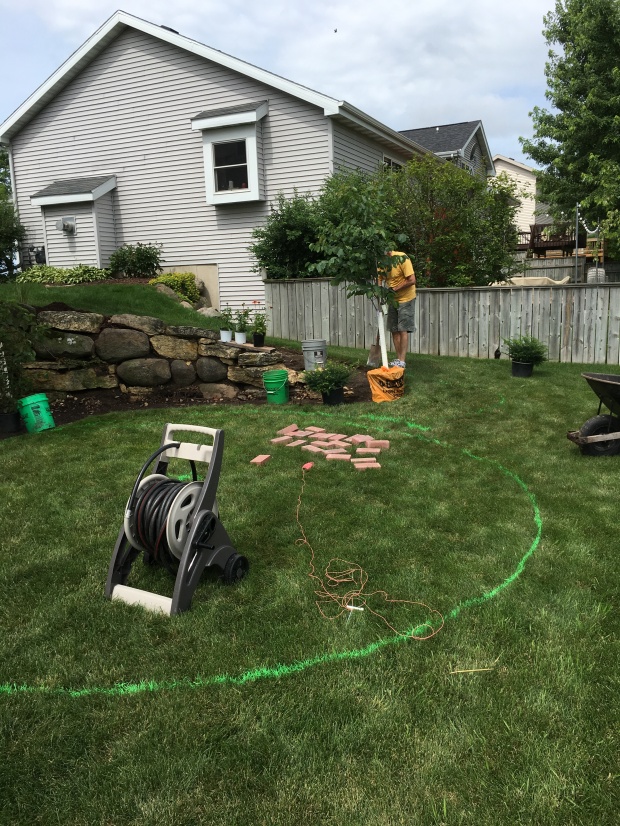 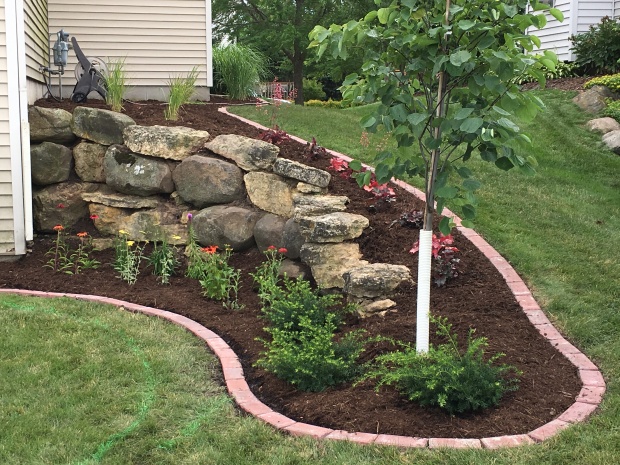 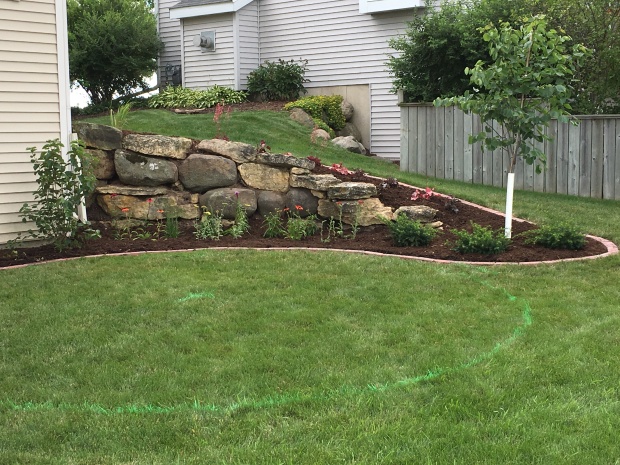 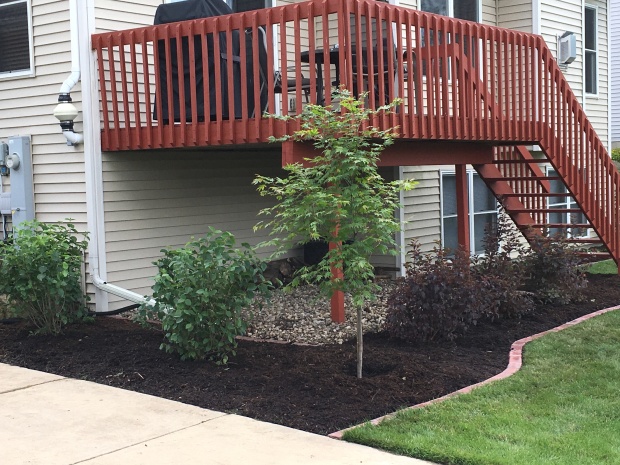 Postponing the start of the work week in the best possible way.
hello, 2021. a fitting sign for the start of a new year. holding on to hope for the year ahead.
Having talented siblings has its perks. All credit for making us look good goes to @jennuh.❤️📸
It was a fun Christmas. Walks, runs, hikes, escape rooms, and plenty of games with some of my favorite people.❤️